Skalde writes her thoughts on pieces of paper, making new discoveries and revelations, and finding scraps with which to understand her limited world.

Her mother Edith tells her little, preferring the solitude of her room. Their house is full of silence, and secrets.

Skalde has only ever known life with her mother, rarely crossing the boundaries of their plot of earth to visit neighbors, and never leaving their zone. Skalde has never even seen blue in the sky—their region has been plagued by fog for as long as she can remember. Their terrain is dry and burning, and Edith and their neighbors cling to the memories of what once was: snow and rain, green grass and trees ripe with fruit.

When a girl called Meisis arrives, from where no one knows, Skalde goes against Edith’s wishes by bringing her in. Meisis’s arrival doesn’t simply mean that Skalde has someone to care for or a friend, it means there has been a serious breach in security for the area.

Beautifully written in immersive, spare prose, Helene Bukowski’s debut novel is about what it means to be a mother at the end of the world, about living with the impacts of climate change, and the way we view “outsiders.” Jen Calleja’s translation from German is a lively rendition of this modern-day fairytale, where each moment witnessed and word uttered is weighted with importance in the quiet, sparse world of these characters living on the brink.

"In 'Milk Teeth', Helene Bukowski has created a world as eerie, unsettling and immersive as that of Samanta Schweblin’s 'Fever Dream'. Her prose is as spare as the climate-change dystopia she depicts: harsh, unforgiving, and rife with social tension—but dotted with pockets of care. Come for the propulsive mystery, stay for the tenderness pulsing underneath it."
—Jessica Gross, author of 'Hysteria'

"Like Sophie Macintosh in 'The Water Cure' or Diane Cook in 'The New Wilderness', Helene Bukowski imagines a pocket landscape where the concerns of our world can be contained and considered, a defamiliarized place that skews increasingly uncanny without ever becoming unrecognizable. Written with precision and poise, 'Milk Teeth' is a moving depiction of survival and perseverance, and of how we might choose new families and communities in the face of an increasingly hostile world."
—Matt Bell, author of 'Appleseed'

"Helene Bukowski has written a modern-day fairy tale. Warm-hearted yet not sentimental. Familiar and yet mysterious. For a few days I lived there, in that old house by the forest with Skalde, Edith and Meisis, and when it was over I had to be wrenched out of the door by force. Rarely have characters taken such hold of my heart. "
—Philipp Winkler, author of 'Hooligan'

"There’s no shortage of climate fiction these days, but this one is distinguished by its striking vision."
—Publishers Weekly,

"With dashes of folk horror, cli-fi, and post-apocalyptic influences, Bukowski crafts a narrative that is somehow both propulsive and elegantly spare. A memorable entry into the dystopian-literature canon from a young German writer to watch."
—Kirkus Reviews,

"'Milk Teeth' is a novel with a lingering taste, one that weighs on the soul. It asks introspection of us, drawing attention to the cataclysms that daunt our own world even through the imagined, fictive realm. It advocates for responsibility instead of blindness, knowledge instead of ignorance, and in the realisation of the fact that there may no longer be easy answers for our problems, it holds up a mirror so that we may confront our worst instincts."
—Anna Rumsby, Asymptote Journal

"'Milk Teeth' makes for a bravura read. It’s at once a harrowing example of climate fiction and a work about a small community in isolation—a book that feels plausibly speculative and that plays out with the occasionally nightmarish logic of a fable. Even so, the psychology of Bukowski’s characters feels thoroughly realistic, and that in turn gives this novel even more power. Can a novel feel both inevitable and unpredictable? This one pulls it off."
—Tobias Carroll, Words Without Borders

"Bukowski’s dystopia is at once vivid and ominous... Bukowski confronts daunting issues but never gives in to despair. Ultimately, her debut succeeds because it’s populated by characters who feel authentic—people who are duly frightened yet heroically normal in the face of cascading crises."
—Kevin Canfield, Words Without Borders 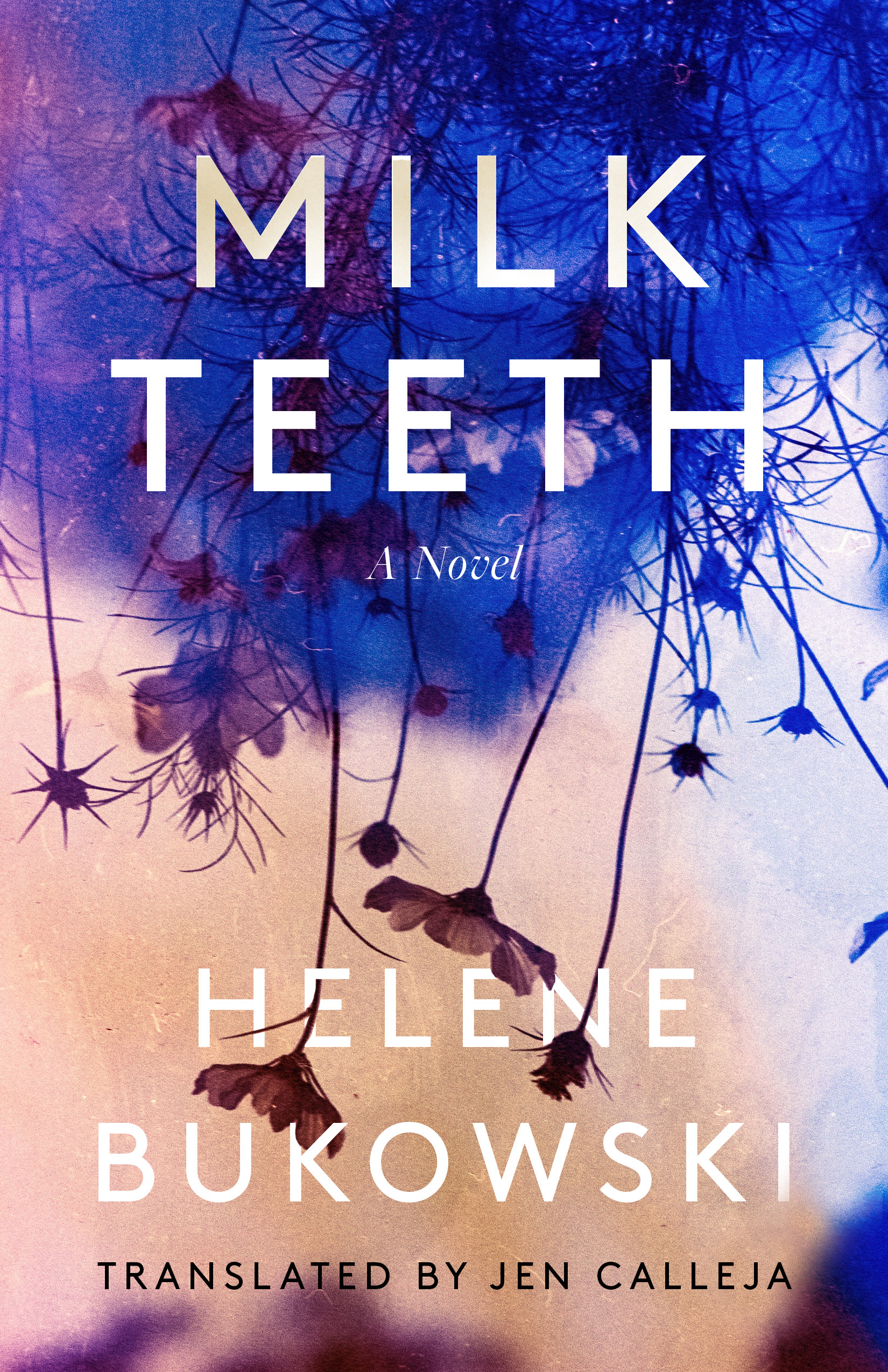 Helene Bukowski, born in Berlin in 1993, is studying creative writing and cultural journalism in Hildesheim. She is the co-author of the documentary film Zehn Wochen Sommer, which won a Grimme Special Cultural Award in 2015.  Read more...