In an alternate 90s where Scrabble (not poker) is a global sensation broadcast live on ESPN, former world champs Florence Satine and Buenaventura Escobar meet deep in Argentina’s Tigre Delta for one final game. The words they play spell out how they ended up here, and why they are probably going to die.

By 1996, Scrabble is big business. The once innocent game has gone pro, becoming the third-most televised “sport” in the world, and earning its major players fame, fortune and corporate sponsorships. The league, however, is tightly controlled by a Scrabble mafia (e.g., The Scrafia) and is suffering from a scourge of corruption, match-fixing, and most disturbingly, the mysterious disappearances of problematic players. When Florence and Buenaventura defy the sinister Scrafia, they recall the unlikely obsession that dominated their lives: a tumultuous romance…with a game.

This is the story of a Scrabble reality that never was, but should have been. A bilingual, lexicographical romp across the world, Escapes raises the stakes with each new letter placed upon the rack.

"Deft, hilarious and bursting with imagination, ESCAPEs is pure literary delight. The reader's interest in Scrabble is secondary, even irrelevant, to a story where our dual narrators, running for their lives, recall an alternative 90's full of globe-trodding hedonism, the mafia and yes, Scrabble. An assured and stunning debut that's nothing less than brilliant. "
—Mark Haber, author of Reinhardt's Garden and Manager, Brazos Bookstore, Houston, TX

"Daniel Tunnard throws us into a world of dirigibles, sinister old ladies, murderous scrabble mafia, a rumble in the jungle, an epic romance over letters, where world champion scrabble players stand tall over all other mortals; I wish I could live in it forever. "
—Saad Z. Hossain, author of Escape from Baghdad!, Djinn City, and The Gurkha and the Lord of Tuesday

"Daniel Tunnard lives in Buenos Aires and the fantastical influence of Jorge Luis Borges is clear, as are echoes of Terry Pratchett and Kyril Bonfiglioli, the author of the 'Mortdecai' series. Yet 'Escapes' has wit in sufficient abundance to bear such comparisons. Quintuple word score."
—The Times of London,

"Daniel Tunnard's 'Escapes', set in a world in which competitive Scrabble is a globally televised craze under the thumb of the Scrafia (yes, a Scrabble mafia), is an uproarious novel staked on the final encounter between former world champs Florence Satine and Buenaventura Escobar in Argentina's Tigre Delta. Told from the alternating viewpoints of Satine and Escobar as they seek to flee the Scrafia's long arm, this clever novel reads something like the imagined result had Piglia turned his attentions to competitive board games."
—Eric M.B. Becker, Words Without Borders

"If you’re a Scrabble lover, rest assured: Mr. Tunnard fills his amusing tale with lexicographical highlights from invented tournament matches (played both in English and Spanish). Buenaventura’s and Florence’s competing versions of events are accompanied by spectacular moves in a game against each other that stretches out over the course of the book."
—Sam Sacks, Wall Street Journal 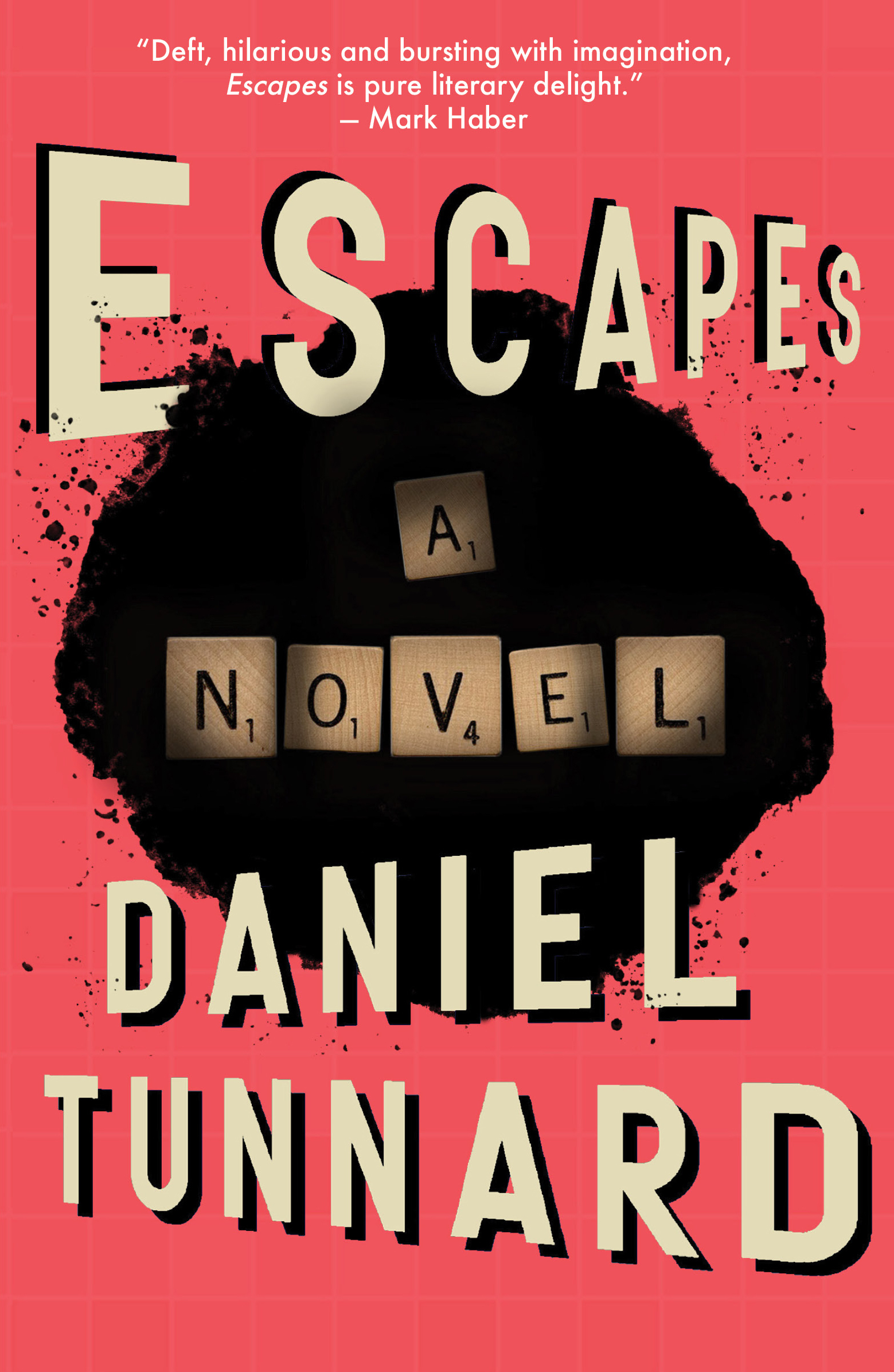 Daniel Tunnard is a competitive Scrabble player, who finished thirtieth in the Scrabble World Cup in Spanish, in Paraguay, in October 2017. He finished thirteenth at the subsequent World Cup in Mexico in 2018. He will be competing in the 2020 World Cup, in Montevideo, and intends to win it outright, purely for book marketing purposes. Read more...