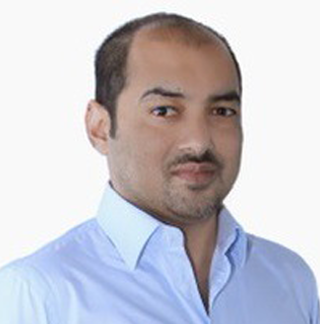 K. Anis Ahmed is a Bangladeshi writer based in Dhaka. He is the founding partner of Unnamed Press and author of three works of fiction: The World in My Hands, Good Night, Mr. Kissinger, and Forty Steps.

Ahmed is a co-founder of the University of Liberal Arts Bangladesh, the Dhaka Translation Center, and the Bengal Lights Literary Journal. He is also the publisher of Dhaka Tribune, a national daily newspaper, and its Bangla companion portal, Bangla Tribune. He is co-director of the Dhaka Lit Fest, and is also the President of PEN Bangladesh.

Ahmed has contributed to international journals including The New York Times, The Financial Times, The Wall Street Journal, The Guardian, Politico, Daily Beast/Newsweek, India Today, Scroll.in, and BBC World Service. He has written literary essays for World Literature Today and Electric Literature. He has also co-edited the October 2015 "Bangladesh on the World Stage" edition of Wasafiri, and co-curated the Autumn 2013 "New Voices from Bangladesh" edition of Granta.