“Medina’s satirical vision—funny, bleak, melancholy, and wise both about human beings and history—takes one’s breath away.”

A novel steeped in political satire, poetry, and the lightest touches of magical realism, with an uncanny heroine at its core: Elena of Piedra Negra.

Piedra Negra is an isolated village, whose citizens consist mainly of soldiers injured in the revolution that pass the time drinking a firewater so intense all hallucinate, and most never recover. The firewater distiller's daughter Elena longs to be a poet, and when she wins a national poetry contest, Elena leaves Piedra Negra, and her family, behind for Havana.

There she encounters a population adjusting to a new way of life, post-revolution. Navigating black markets and censorship, Elena embraces the city, and her new position as an official poet of Cuba, until she finds herself on the wrong side of the regime. Full of outlandish humor and insights into a contradictory and Kafkaesque world, Medina brings 1960s Cuba to life through the eyes of Elena.

Praise for The Cuban Comedy

"Award-winning poet, novelist, translator, memoirist, Pablo Medina is a literary magician and 'The Cuban Comedy' is his finest spell— a luminous novel of poets trying to write and love their way through a Revolution. Witty, wily and pulsing with indomitable life 'The Cuban Comedy' is an incantation— summoning an island, a lost time and that most necessary of all things: wisdom."
—Junot Diaz,

"Rich and surprising at every turn, the beautiful excesses—the superb inventions—of 'The Cuban Comedy' lead us step by darkening step to the ironies of survival. Commonsensical as only extravagant comedy can be, this is a wonderful book. "
—Joan Silber ,

"A sharp, beautifully rendered look at how political ideology can warp even the best art. At times hilarious, at times tragic, 'The Cuban Comedy' keeps you rooting for its idealistic poet-heroine, Elena, as she navigates an impossible post-revolution Cuba. Politics may be able to crush poetry, but in this elegy, the masterful Pablo Medina reminds us again of the sanctity of intellectual freedom, no matter the costs."
—Ana Menendez,

"'The Cuban Comedy' is Medina's dramatic reminder that one might expect a true revolution to fill our hearts with poetry, not strangle a poet's words in her throat."
—Bob Shacochis, author of 'The Woman Who Lost Her Soul'

"In this compulsively readable and darkly absurdist novel, Medina is at his best."
— Diego Báez, Booklist

"On the wings of magic realism and lush language, Pablo Medina celebrates artists who expose the cruelties and absurdities of war and politics."
—Elfrieda Abbe, Star Tribune

"Medina is a talented storyteller and The Cuban Comedy is a smart, poignant look at a country where politics play a huge part in everyday life and poetry may lead to salvation — or doom."
—Gabino Iglesias, NPR 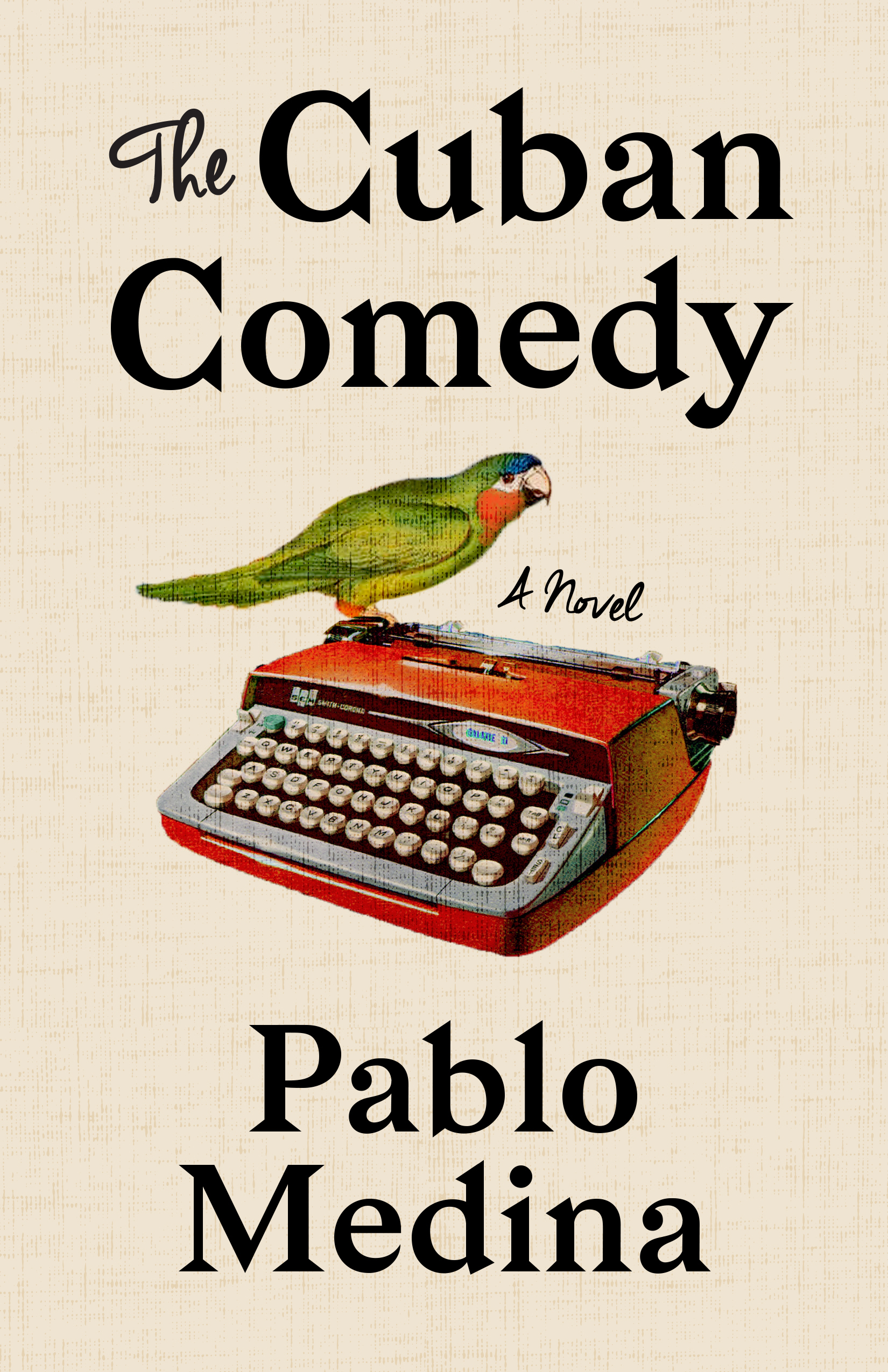 Pablo Medina is the author of sixteen books of poetry, fiction, non-fiction, and translation.  Read more...