Rude Talk in Athens: Ancient Rivals, the Birth of Comedy, and a Writer's Journey through Greece

In ancient Athens, thousands would attend theatre festivals that turned writing into a fierce battle for fame, money, and laughably large trophies. While the tragedies earned artistic respect, it was the comedies—the raunchy jokes, vulgar innuendo, outrageous invention, and barbed political commentary—that captured the imagination of the city.

The writers of these comedic plays feuded openly, insulting one another from the stage, each production more inventive and outlandish than the last, as they tried to win first prize. Of these writers, only the work of Aristophanes has survived and it’s only through his plays that we know about his peers: Cratinus, the great lush; Eupolis, the copycat; and Ariphrades, the sexual deviant. It might have been the golden age of Democracy, but for comic playwrights, it was the age of Rude Talk.
Watching a production of an Aristophanes play in 2019 CE and seeing the audience laugh uproariously at every joke, Mark Haskell Smith began to wonder: what does it tell us about society and humanity that these ancient punchlines still land? When insults and jokes made thousands of years ago continue to be both offensive and still make us laugh?
Through conversations with historians, politicians, and other writers, the always witty and effusive Smith embarks on a personal mission (bordering on obsession) exploring the life of one of these unknown writers, and how comedy challenged the patriarchy, the military, and the powers that be, both then and now. A comic writer himself and author of many books and screenplays, Smith also looks back at his own career, his love for the uniquely dynamic city of Athens, and what it means for a writer to leave a legacy.

Praise for Rude Talk in Athens: Ancient Rivals, the Birth of Comedy, and a Writer's Journey through Greece

"RUDE TALK IN ATHENS is brave, brilliant, and incredibly funny. There are loads of very specific characters, including Mark himself. It's the Mark Haskell Smith version of hanging out with Stanley Tucci and Anthony Bourdain, but in present day and ancient Greece. I agree with everything he says about comedy and have never read anything like it."
—Barry Sonnenfeld, Film Director and author of 'Barry Sonnenfeld, Call Your Mother: Memoirs of a Neurotic Filmmaker'

"The most sophisticated book you’ll read about writers insulting people they hate... If there were mean girls living in Ancient Greece, I have no doubt Mark would have written a brilliant analysis of the shade they threw at each other and their historical impact."
—Al Madrigal, Comedian, Actor, former Daily Show Correspondent, and co-founder of the All Things Comedy podcast network

"RUDE TALK IN ATHENS is as political and punk, as chaotic and exuberant, as the city itself. Riotous and fun, Mark Haskell Smith's book really made me feel like being in Athens! "
—Dr. Emma Southon, author of 'A Fatal Thing Happened Happened on the Way to the Forum: Murder in Ancient Rome'

"Smith takes an immersive and irreverent dip into ancient Greece to uncover the origins of transgressive humor. Mixing history, literary criticism, and dirty jokes, Smith pays tribute to a slew of forgotten Greek writers... This erudite but refreshingly nonacademic work will feed the intellect as well as tickle the funny bone."
—Publishers Weekly,

"Entertaining and informed, "Rude Talk in Athens" is a dispatch from Greece with much to discuss."
—Foreword Review,

"A hilarious romp disguised as an earnest history lesson, or vice versa. Smith might be even funnier than the dead Greek playwrights he brings to life."
—Jamie Brisick, author of "Becoming Westerly"

"Great read fun stuff I highly recommend it a must have."
—Erik Griffin, comedian and actor

"Mark Haskell Smith, in this splendidly (and authentically) foul-mouthed tour of Athens in the 5th century BC, reminds us that if you want to learn the truth, follow the laughter."
—Michael Bywater, author, broadcaster, and culture critic

"Smith is a delightfully funny writer yet also modest and self-deprecating—the smartest guy in the room who waves off compliments about his intelligence. 'Rude Talk in Athens' is fascinating, bizarre, and refreshingly optimistic, a plea for openness and selflessness in a society that has become proud of its own callousness."
—Michael Schaub, ALTA Journal

"Reading 'Rude Talk in Athens' is like taking an epic tour of Greek drama and politics with an irreverent expert in the driver’s seat. Smith [speaks] about fame, the political power of comedy, and why oral sex is tantamount to revolution."
—Tobias Carroll, Los Angeles Times 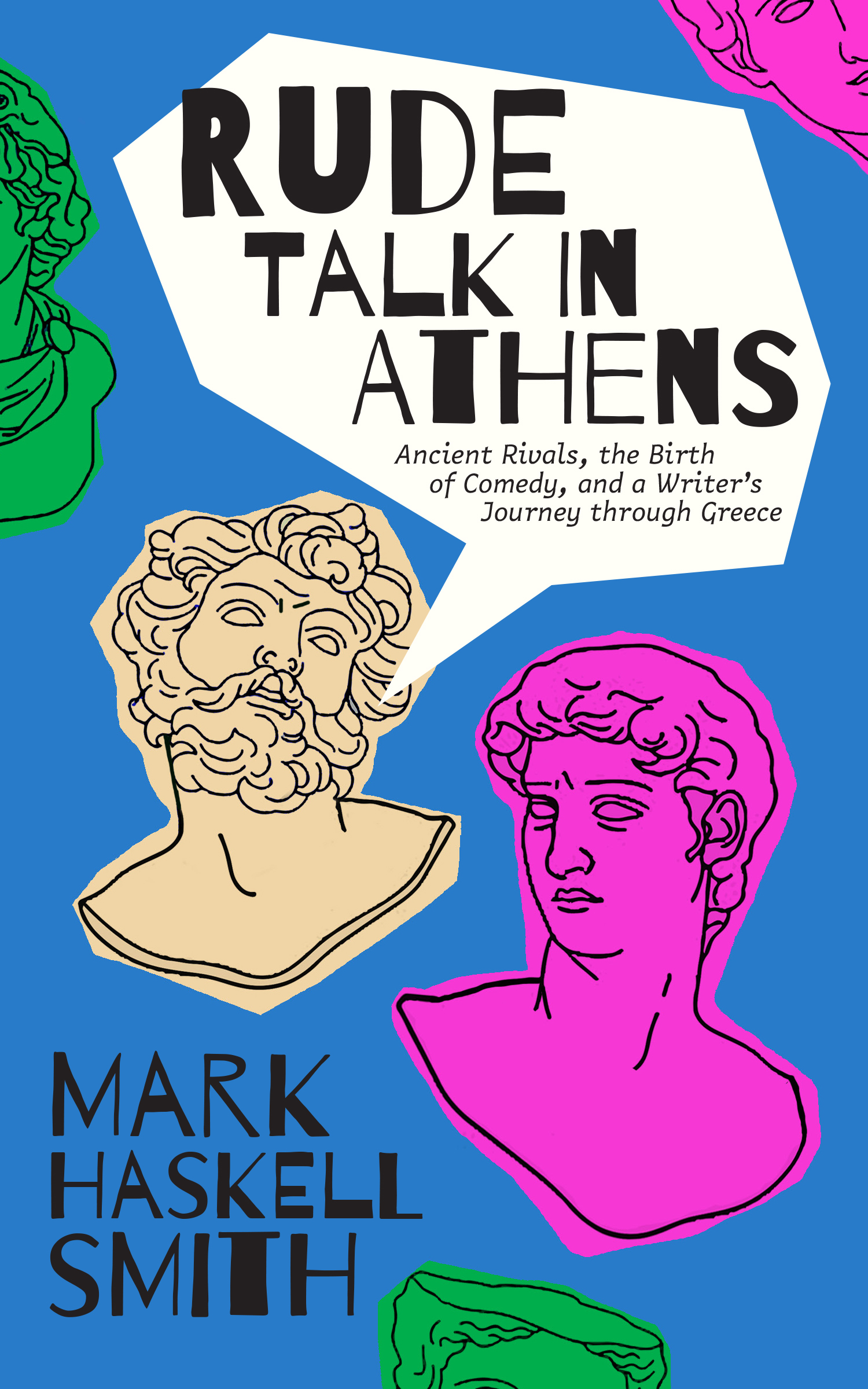 Rude Talk in Athens: Ancient Rivals, the Birth of Comedy, and a Writer's Journey through Greece 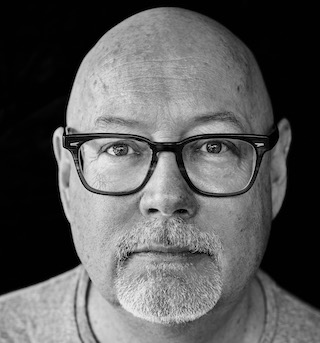 MARK HASKELL SMITH is the author of six novels with one-word titles including Moist, Salty, and Blown; as well as the non-fiction books Heart of Dankness: Underground Botanists, Outlaw Farmers, and the Race for the Cannabis Cup and Naked at Lunch: A Reluctant Nudist’s Adventures in the Clothing-Optional World. Read more...