“ONE LIFE will be deservedly praised for the light it trains on a previously unexposed dark corner of the primitively cruel and racist U.S. justice system. But David Lida also writes, in his remarkable novel, about a Mexico that even very few Mexican writers have any first-hand knowledge of, and does it in a way that readers on both sides of the border have rarely encountered.”

Francisco Goldman, author of 'Say Her Name' and 'The Interior Circuit: A Mexico City Chronicle'.

Richard helps save the lives of the guilty.

With his parents dead and a failed marriage behind him, he now lives in Mexico City. His work as a mitigation expert is a tidy fit for an ex-novelist and a guy not too keen on attachments. Hired by defense teams on capital cases, he investigates the often traumatic personal histories of clients potentially facing the death penalty. His speciality: undocumented Mexican defendants standing trial in the United States. In Richard’s business, success isn’t exoneration or proof of innocence, but life in prison.

Esperanza Morales is a young woman from the destitute Mexican village of Puroaire. Leaving a life of poverty and abuse, she finds work (and a room) as a maid in the home of an upper crust Mexican family. She works hard and builds a small life for herself, with a little savings and a boyfriend to amuse her on Saturday nights. But the stability cannot last, and after she loses her job she is convinced by her boyfriend to go north. Her harrowing adventure crossing the border and life as an undocumented worker in the U.S. could be the story of millions of American migrants. What makes Esperanza exceptional is her ultimate fate: a prison cell in Louisiana, facing trial for the alleged murder of her baby.

When Richard visits Esperanza in prison, the boundaries of his closely circumscribed life explode. The young woman’s story resurrects his novelistic instincts, and undermines his stoic approach to his job as he pursues clear answers in a case that offers anything but. Suddenly, Richard is aspiring for more, far more, than he ever believed he would. Set in the American south and in rural Mexico, ONE LIFE is an unflinching, page-turning novel that examines the difference between pragmatism and cynicism, the indelible links between sex, death and love, and the meaning of justice.

Praise for One Life

"As I followed Richard, the unraveling narrator of David Lida's ONE LIFE, I kept seeing, peeking around the corner, the whiskey priest from Graham Greene's THE POWER AND THE GLORY. They both minister to a population so forsaken it has lost faith in mercy. For the Mexicans of Lida's novel, there are only labor and fate, the former measured by dollars, the latter doled out by the country that issues them. Which only makes Lida's achievement more remarkable: To follow Richard is to relinquish Anglo time, Anglo logic, Anglo law -- to say nothing about the assumptions that obtain about here and 'down there.' This is a bracing, harrowing, and, finally, poignant, novel, in which Lida succeeds in the writer's noblest task: To render foreign lives so true that it becomes impossible to look away. Buy a copy for Donald Trump."
—Boris Fishman, author of A REPLACEMENT LIFE and DON'T LET MY BABY DO RODEO

"The story succeeds as a dramatic tale of sex, drugs, alcohol, and violence, a thorough indictment of the U.S. and Mexican criminal justice systems, and a moody rumination on why we care about the lives of others."
—Publishers Weekly,

"Lida, himself a mitigation specialist and writer with deep ties to Mexico (where he lives), pours personal emotion into his story. In the process, he brings an elusive sense of dignity to a world where it is seemingly lost."
—Kirkus Reviews,

"David Lida’s daring novel ONE LIFE will take you on a journey to darkest Mexico, where daily life is rich with irony and pathos, violence and humor, destitution and the homeliest of comforts. Richard, your travel guide, is on a mythic quest; he must descend to the underworld and come out with a story that will move the stone hearts of a Louisiana jury to mercy. His goal is to save the life of a condemned woman whose name, Esperanza, means hope. One life, his for hers. Gripping, suspenseful, worldly, and wise, this thought-provoking novel never lets up and the serious moral questions it raises resound long after the final page is turned."
—Valerie Martin, author of THE GHOST OF THE MARY CELESTE

"David Lida's ONE LIFE is simply revelatory. It's Juan Rulfo meets Raymond Chandler, Roberto Bolaño meets Chester Himes. It's the American justice system, exposed, and the inside story of the frenetic, cruel push and pull that lures Mexican migrants from of their homes to the US. I've never read a book quite like this, and neither have you."
—Daniel Alarcón, author of AT NIGHT WE WALK IN CIRCLES

"David Lida’s ONE LIFE is full of suspense and beautifully described moments that often conjure Juan Rulfo’s PEDRO PARAMO. Like his courageous protagonist Richard, who often journeys to the most dismal and violent places in rural Mexico in search of an elusive history, Lida fearlessly explores the stark places that often shape the human spirit. "
—Maria Venegas, author of BULLETPROOF VEST

"I haven't read a book this harrowing since Atticus Lish's PREPARATIONS FOR THE NEXT LIFE. David Lida has written an extraordinary account of the cruelty, squalor, and occasional enchantment of life on both sides of the U.S.-Mexican border. It is an indictment of a justice system mired in cynicism and bad faith, and an economic system that hits the poorest hardest, and repays ambition with betrayal; but at the same time, ONE LIFE is an incredible love story, not just in the romantic sense, but in the sense that it's about coming to love life itself, despite everything."
—Paul LaFarge, author of ANOTHER LIFE

"The drama of dehumanization in both countries is exposed … a durable novel that documents and crystallizes an entire era: that of the underlying myth of two indivisible and friendly nations … what remains is gratitude before a great novel."
—Sergio González Rodríguez, Reforma

"David Lida’s newest novel, ONE LIFE, is exactly the dark-humored piece of literature everyone should be indulging in right now... ONE LIFE explores a hard truth: this country wasn’t built for people of color, but we’ve survived and thrived in spite of it."
—Daniel Peña , Ploughshares

"ONE LIFE is not a depressing novel but a strangely uplifting one ... David Lida sews his transnational narrative together with authority and profound empathy ... as a social realist, he reveals a world of disadvantage with bracing authenticity and immediacy. He makes you care."
—Andrew Paxman, Arena Pública 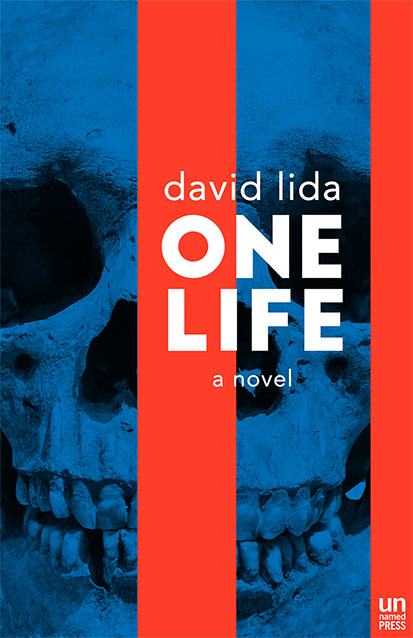 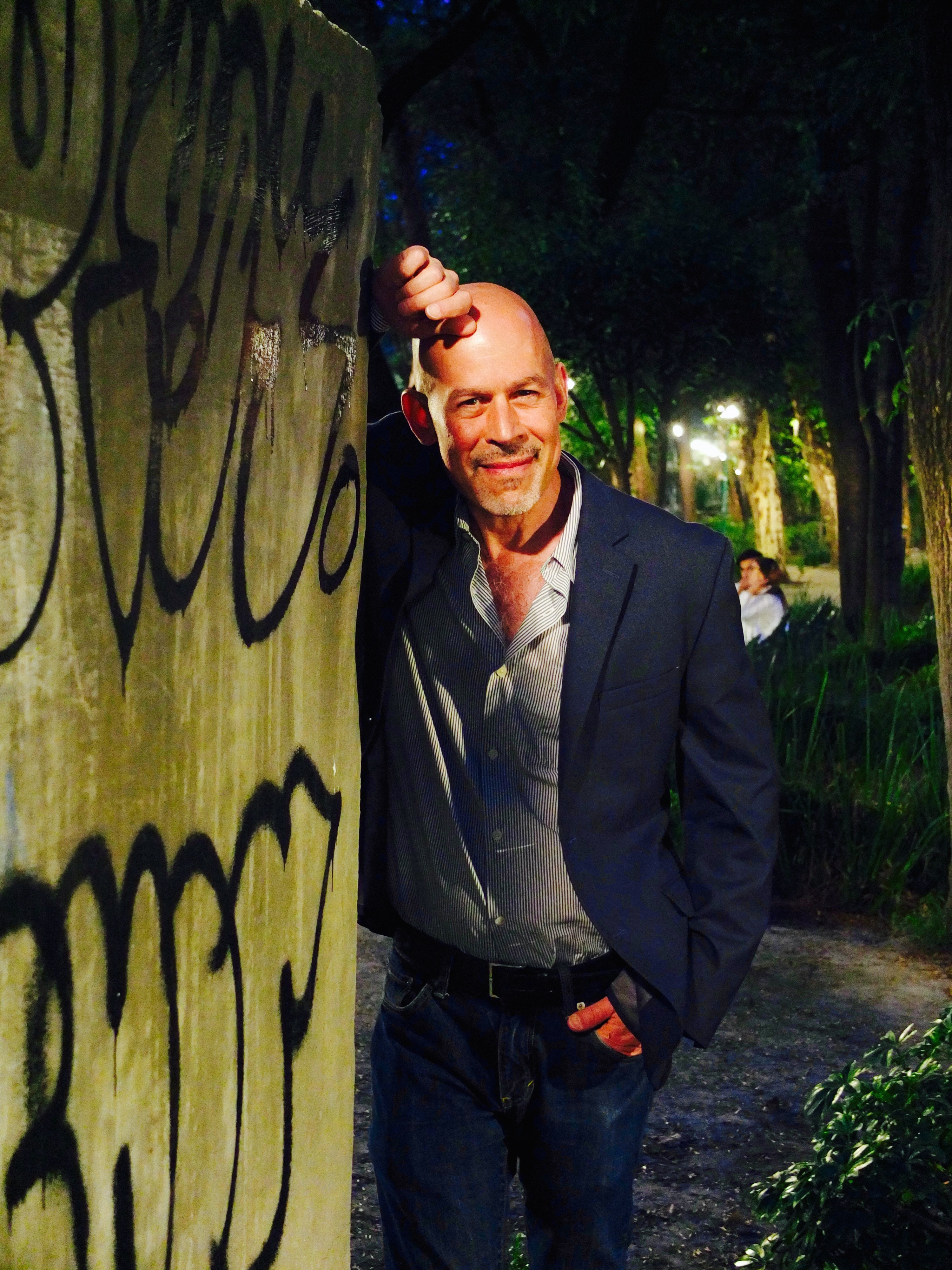