Hope You Are Satisfied

The Sheik is pissed. Along with his wives and children, the Sheik got put on the wrong plane, and ended up waiting hours in the desert on a hot tarmac for a crew that never came. As usual– it’s Riya’s fault.

Riya works for Discover Arabia, a rinky-dink tour guide company in the far-flung desert outpost of Dubai. It’s 1990, and the city’s iconic skyline, along with its global reputation, remains but a gleam in developers’ eyes. For twenty-five year-old Riya, Dubai is a desert purgatory that spreads out between her family back home in India, and an as-yet-defined future ahead of her. If she belongs to anything, it is to the city’s transient underclass of young people from South Asia, Africa, and Europe who arrive with the ubiquitous goal of earning more than they could at home.

Will a favor from Dubai’s most notorious fixer get Riya back in everyone’s good graces? Or will the impending possibility of an invasion by Saddam Hussein make Riya’s problems (along with everyone else’s) a moot point?

Author Tania Malik presents a lovably sarcastic cast of misfits who will undo the “guest worker” stereotype one tequila shot at a time, while around them, international arms dealers, American soldiers, CIA consultants, corrupt bosses, and wayward vacationers all compete for Discover Arabia’s attention, even as their world teeters on the cusp of an explosive global conflict. 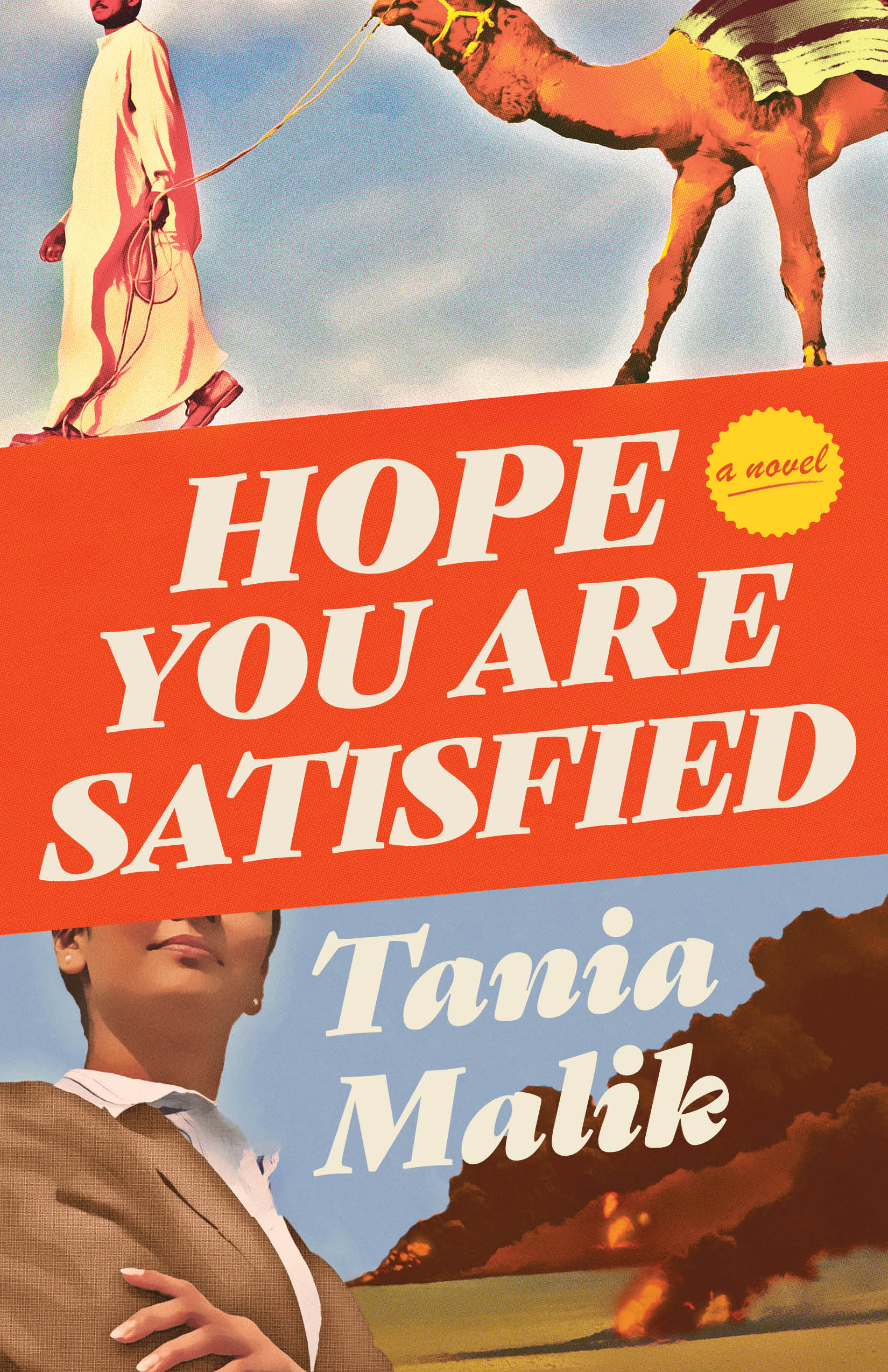 Hope You Are Satisfied

Tania Malik is the author of the novel THREE BARGAINS that received a Publishers Weekly Starred review and a Booklist Starred review. She was educated in boarding schools in the foothills of the Himalayas and has had a varied career in the travel and non-profit fields. She was raised in India, Africa and the Middle East and currently lives in San Francisco’s Bay Area. She can be found at @taniamalik on Instagram and www.taniamalik.com. Read more...