A private eye scours the streets of Paris to find the missing heir to a conservative media empire.

The son of an Algerian immigrant, Idir is a consistent disappointment to his doctor father, who has given Idir every opportunity to succeed in life. Torn between his wealthy school friends and his neighborhood pals, who range from petty thieves to professional criminals, Idir operates easily between worlds, and yet is at home nowhere. Without much effort, Idr becomes one of the Paris uppercrust’s most sought-out private dicks, thanks to his understanding of the needs of his privileged clients, people who find him just intimidating enough to get the job done without making things messy. The only thing standing in his way is Idir's unfortunate habit of randomly and occasionally crying uncontrollably.

Things change when Oscar Crumley, a wealthy media scion that Idir knew at university, reappears in Idir's life, hiring him to find his missing younger half-brother, Thibaut. Idir assumes it is an open and shut case: a rich college kid takes a vacation and doesn’t tell his parents. But when Idir discovers that Thibaut was hiding his homosexuality from his conservative family, his disappearance takes on sinister connotations. The search for Thibaut, a young man who has rejected his powerful father’s dog-eat-dog world, sends Idir on a wild goose chase through the streets of contemporary Paris.

Distracted by his intense affair with the wife of a wealthy friend, Idir ultimately becomes embroiled in a war of lies and corruption between two of France's most powerful media conglomerates. Inspired by Chandler and the American greats, Guez has the unique ability of using the familiar tropes of noir to create an entirely new language.

Praise for Eyes Full of Empty

"Tense, electric, carried by a beatnik drum, EYES FULL OF EMPTY is devoured in a sitting and leaves you ringing."
—Alexandre Fillon, Livres Hebdo

"In the weaving of a classic noir novel, Jérémie Guez scores. An echo of Chandler, but with his own unique voice, he is bringing more and more."
—Michel Abescat, Télérama

"A crime prodigy, Jérémie Guez has written at the age of 25, a novel that is urban, raw, and jazzy."
—Mikaël Demets, Transfuge

"Jérémie Guez once again probes his talent as a storyteller and his ability to use the tropes of the crime novel to give them an original voice."
—Encoredunoir.com,

"A crime novel that grabs you and doesn't let go."
—Plume libre,

"Jérémie Guez is the kind of crime author that we wish we could read more often."
—Passion Polar,

"This third novel confirms the talent of a very young author that we will continue to talk about in the world of crime."
—Les Gridouillis,

"Guez makes his English-language debut with this taut crime novel...with a wicked grace that will appeal to American noir fans."
—Publishers Weekly,

"In EYES FULL OF EMPTY, Jérémie Guez scores the dark immediacy of Paris with all its shadowy corners. Dripping with atmosphere, from the world of spoiled offspring of bourgeois bohéme to the North African immigrant quartiers, from the elite designer clad denizens to tattooed immigrant grandmothers and ex-cons it comes down to how one person’s word counts for honor. Idir, the protagonist, an immigrant’s son with a university education and rich friends, follows his own code of honor and the result is a new Paris Noir. I couldn’t put it down."
—Cara Black, Cara Black, NEW YORK TIMES Bestselling Author of the AIMEE LEDUC SERIES,

"Guez doesn't reinvent the private-eye novel, he reinvigorates it. Eyes Full of Empty does what all great crime fiction does: Dare the reader to stop turning pages."
—Gar Anthony Haywood, author of CEMETERY ROAD, 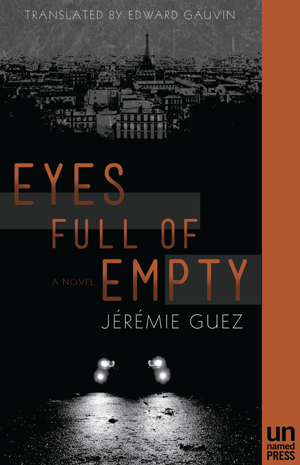 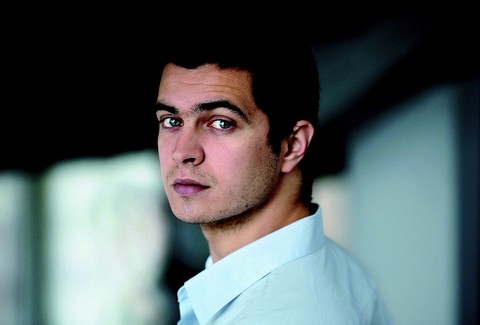