Emily Forrest runs the hottest astrology account on Instagram, @Exalted, but astrology is on the outs, and her finances are dwindling. Emily doesn't even really believe in astrology, despite her gift for deciphering the moons and signs, until she comes across a birth-chart that could potentially change her mind. Beau Rubidoux’s chart has all the planets in their right places—it is exalted.

She decides that Beau could potentially be the love of her life and begins following him around Los Angeles in hopes of getting close to him and catching his eye.
Meanwhile, in Riverside, CA, Dawn Webster has been dumped once again. At 48, she is forced to return to the diner where she started waiting tables at 18. With no girlfriend, no career, and her only son gone to Hollywood, the once-vivacious Dawn is aimless and alone. Persona non-grata at the local lesbian bar, she guzzles cheap champagne and peruses @Exalted to feel seen. When Dawn spots her son's estranged father one day during a work break, she decides to track him down and reshape the flailing course of her life.
Told from Emily and Dawn's alternating points of view, Exalted is a deliciously dark novel that explores desire, the projection of love, and what we're really searching for when we keep scrolling. Anna Dorn's signature wit and biting social commentary takes readers across Southern California until Emily and Dawn's shocking connection is finally revealed.

"Anna Dorn’s sentences are sharp and addictive. "
—Chelsea Hodson, author of TONIGHT I'M SOMEONE ELSE 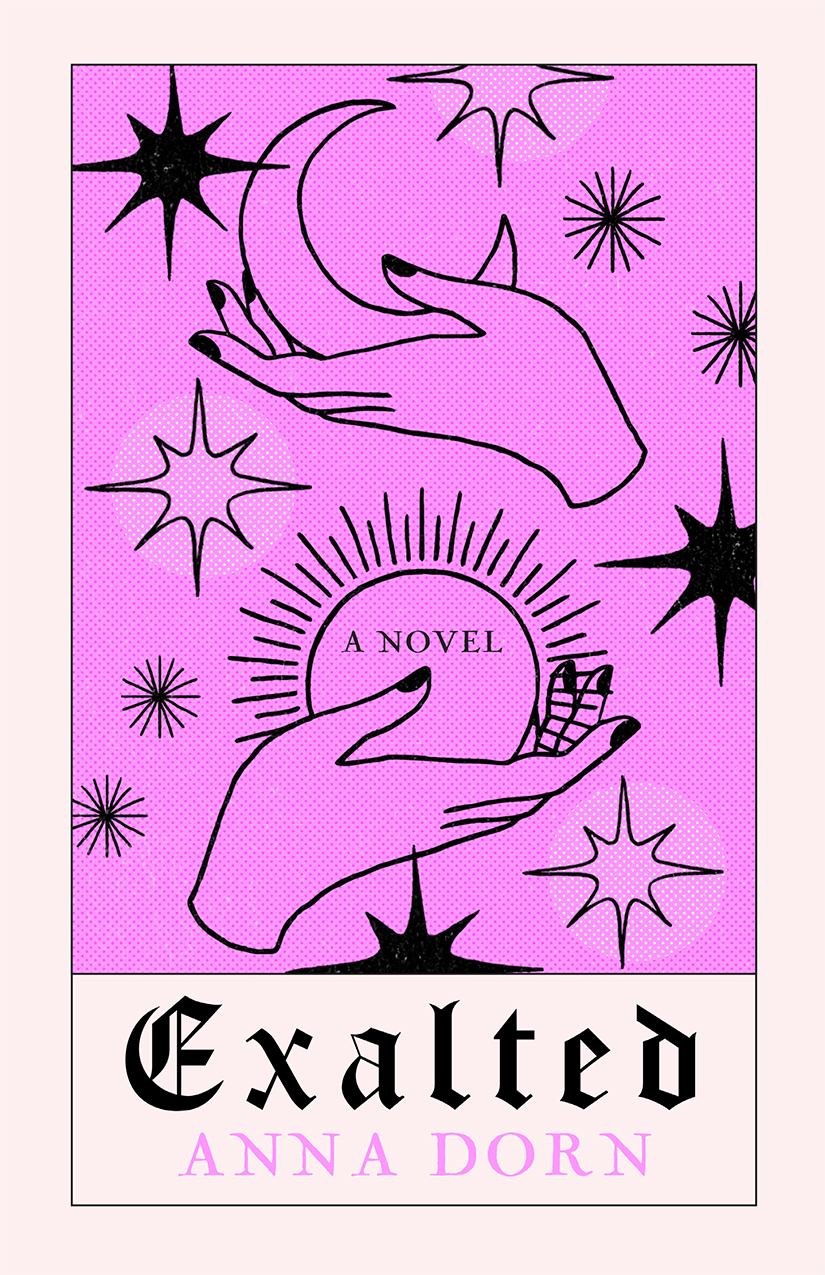 Anna Dorn is a writer living in Los Angeles. Her memoir, BAD LAWYER, will be published by Hachette Books in Spring 2021. Read more...