Dancing in the Baron's Shadow

Haiti, 1965. Nicolas, a bourgeois socialist is sent to the notorious Fort Dimanche prison by dictator Papa Doc's militia, and his brother Raymond must try to save him.

Haiti, 1965. Francois Duvalier, often called Papa Doc or Baron Samedi, is a brutal dictator using extreme violence to control the impoverished island nation. Unrelenting curfews are imposed on the people of Port-au-Prince and the ever-present bogeymen, Tonton Macoutes militia, have scared away even the bravest of tourists.

For taxi driver Raymond L'Eveillé, life under these conditions is becoming increasingly untenable. Unable to properly feed his wife and young children, or pay the rent on time, Raymond's family is on the brink of destitution. By contrast, Raymond's brother Nicolas is a wealthy professor at the local university. A believer in law and justice, Nicolas is secretly writing a socialist manifesto, in an attempt to rally support for those that oppose Papa Doc's harsh dictatorship.

When Nicolas' home is searched as a result of his liberal lectures, the violent and unfeeling Tonton Macoutes quickly arrest him and send him to Fort Dimanche, an over-filled, disease-ridden prison that few survive. Meanwhile, Raymond comes home to find his wife has left with their children, hoping to build a better life for her starving family abroad.

With his family gone, and as Nicolas' colleagues continue to disappear, Raymond plunges into a daring scheme to save his brother. In order to gain access to the dreaded Fort Dimanche, the cab driver does something few Haitians would ever dream of doing: he gets himself arrested. Once inside, and with the help of a small gang of resistance fighters and a sympathetic prison guard, the two men will attempt a death-defying prison break. But first, they will both have to survive life in Fort Dimanche. The harrowing experience shared by the two brothers is brutal, heartbreaking and ultimately triumphant.

Josaphat's electric prose brings to life a horrifying and not so distant time in Haiti's past while exploring the best and worst of humanity. The novel examines power's tendency to corrupt, the impulse of nationalistic pride, and above all, the human desire to survive, while describing in rigorous detail the shocking realities of life in the Baron's shadow.

Praise for Dancing in the Baron's Shadow

"DANCING IN THE BARON'S SHADOW takes us to hell and back, inside one of the most brutal prisons run by one of the world’s most ruthless dictators. Fabienne Josaphat impressively brings to life a horrible period as well as the men and women who fought against it. Filled with life, suspense, and humor, this powerful first novel is an irresistible read about the nature of good and evil, terror and injustice, and ultimately triumph and love. "
—Edwidge Danticat, author of CLAIRE OF THE SEA LIGHT,

"DANCING IN THE BARON'S SHADOW is an instant classic. The narrative is spellbinding—the work of a remarkable writer. This fully-realized novel is replete with three-dimensional characters; the imagery is vivid and palpable. Fabienne Josaphat has penned a fascinating and necessary addition to every fiction lover’s library. As a bonus, this book opens a new window through which to view the unfathomable atrocities of the Duvalier dictatorship. DANCING IN THE BARON'S SHADOW is downright unforgettable."
—Katia D. Ulysse, author of DRIFTING,

"Fabienne Josaphat has produced a rare novel that combines emotional substance and social significance with the all the qualities of an irresistible, page-turning thriller. To read DANCING IN THE BARON'S SHADOW is to carry Haiti in your heart forever."
—Les Standiford, author of WATER TO THE ANGELS, 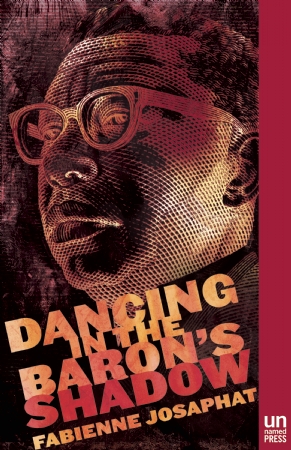 Dancing in the Baron's Shadow 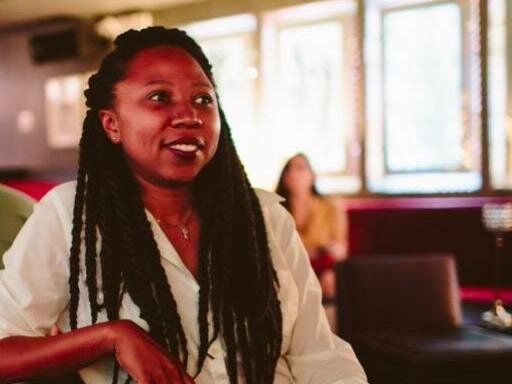