Burning Butch is the courageous story of a trans / non-binary butch on a quest to survive conservative, religious, American culture while questioning if there is room in their heart for the traditional faith they were raised with, and what it means to come home again.

When divorce moves young Rebecca Mertz away from rural Pennsylvania and their abusive father, Mertz and their mother find a new life in a conservative Catholic subculture outside of Washington, D.C. There, Mertz's adolescence is dominated by fundamentalist Catholicism. Life becomes God, saints, and babies – except, of course, for the showtunes they latch onto, voices that permeate their childhood boundaries, singing about different worlds. Mertz spends their childhood split between Pennsylvania, and Maryland – between mother and father, between Catholic homeschooling and secular Americana, between safety and violence, between their real life and the "world" they keep being warned against.
It’s in homeschooling that Mertz learns what good, Catholic values are: anti-feminist, pro-life; anti-queer, pro-Jesus. The more babies, the better, so as to prove a stronger devotion to God. In an attempt to get away from their father, to interrogate their faith, and to repress the growing feelings Mertz has about a woman in their community, Mertz chooses the Franciscan University of Steubenville, a conservative Catholic school in Ohio.
As Mertz comes of age at an oppressive, gender-dependent Catholic college in the early aughts, they grapple with attractions, sexual encounters, and relationships with friends and teachers – men and women whom they trust and admire, who romantically engage with them while in the same breath renounce the sacrilege of Mertz’s identity.
Ever the outcast during their college years despite their affinity and aptitude for poetry, Mertz is forced to face their sexuality and what it might mean within the confines of their strict faith. As Mertz struggles to navigate this repressive environment, and questions what role they could play in this community, the vulnerable identity they create begins to threaten the life they know in potentially irreversible ways.

Praise for Burning Butch: a Memoir

"That was cool. And I think you'll agree. Cause r/b mertz is queer as hell and can really really write prose. "
—Eileen Myles ,

"Don’t let BURNING BUTCH’s wry, witty voice fool you. This work is also heartbreaking and harrowing, carefully calibrated, and downright illuminating. R/B Mertz’s strikingly original memoir creates a space on the page for all outsiders, misfits, renegades, rebels, and queers. This is a tale of resilience and hope penned by a writer whose singular artistic voice is like no other. BURNING BUTCH is an account of a life lived bravely, honestly, and above all else, proudly."
—Alex Espinoza, author of 'Cruising: An Intimate History of a Radical Pastime' 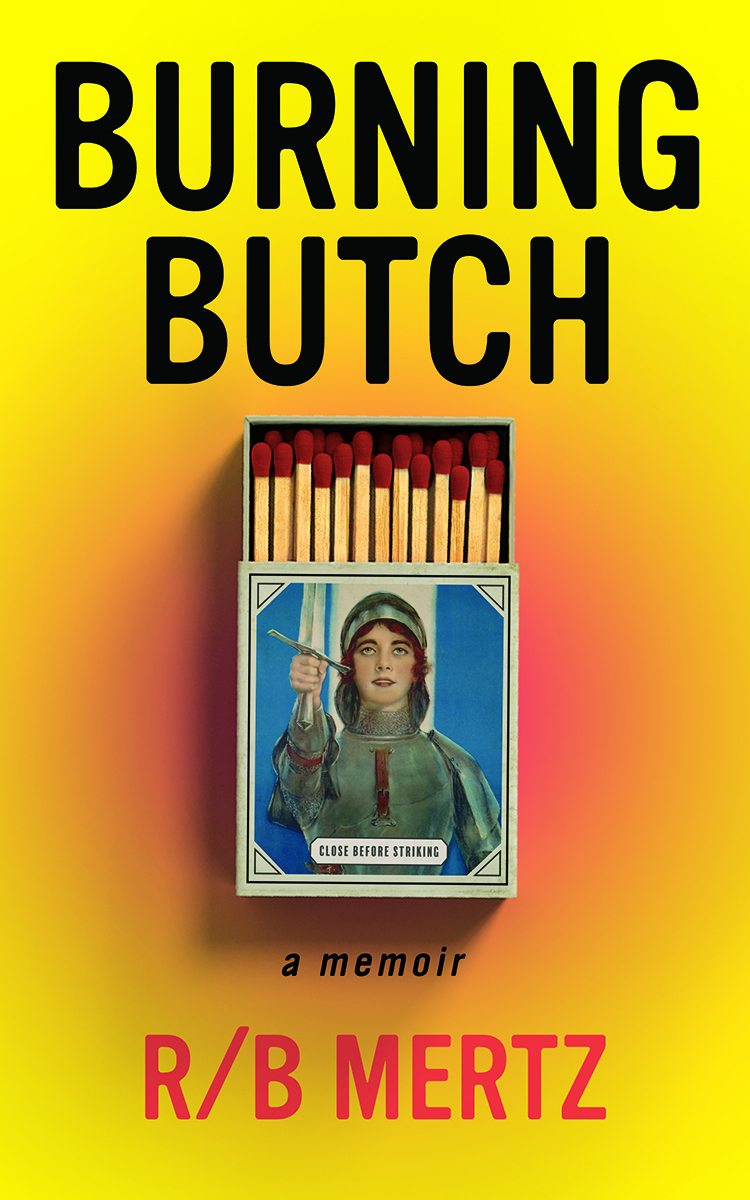 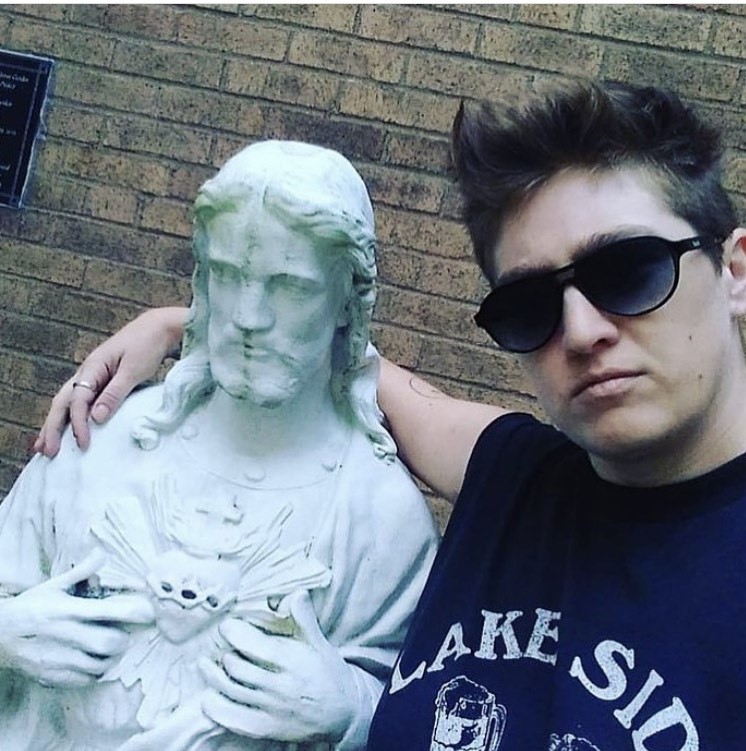 R/B Mertz (thee/thou) is a genderqueer non-binary butch poet and artist. They wrote the essay, “How Whiteness Kills God & Sprinkles Crack on the Body,” the foreword for John J. McNeill’s Freedom, Glorious Freedom: The Spiritual Journey for Gays, Lesbians, and Everyone Else, and poems, including "(We all end up in) the CAN" published by American Journal of Poetry. Mertz taught writing in Pittsburgh for eleven years and was honored to be a finalist for City of Asylum's 2020-21 Emerging Poet Laureate of Pittsburgh.
Read more...