New York City, 1971, a balmy August evening: Just seven blocks from her childhood home, a young woman walks into a Park Avenue apartment and into the troubled arms of her first trick.

So begins Blue Money—a mostly true account of life in New York's gritty downtown scene— and an intimate, no-holds-barred portrait of prostitution in the lawless era before AIDS and the War on Drugs.

Janet quickly embraces "the Life" and despite a ferocious addiction to speed and semi-frequent hallucinations, she manages to keep things professional, whether she's dressed as a genie at the Sultan's Retreat or playing Eve in a live sex show. But her past is catching up to her, and the fast life can’t go on forever. The brothels and ginmills become increasingly hard to navigate as the streets turn violent and her own intense love affairs collapse.

Janet Capron’s voice is bold, darkly comedic, and explicit, offering a complicated depiction of what it means to be truly liberated even in the face of her own radical descent into Avenue C penury and addiction.

"BLUE MONEY is nothing less than a total reboot of a genre hitherto dominated by the male 'bad boy' writer. Perfect that this story takes place in the free-wheeling 1970s because it brilliantly recalls the voices of that era's literary enfant terribles—Exley, McGuane, Donleavy—and in the process creates something thoroughly new and uniquely feminine. A marvelous debut!"
—Helaine Olen, author of POUND FOOLISH

"Those who appreciate trigger warnings may not appreciate this book. But for anyone else, Capron's eloquent and electric memoir of radical feminism, avid prostitution, and the wish for old-fashioned love will be hard to put down."
—Daniel Bergner, author of WHAT DO WOMEN WANT?

"I was struck by how wonderfully BLUE MONEY paints such a sharp picture of that time."
—Kenneth Bowser, filmmaker and writer and director of American Masters’ PHIL OCHS: THERE BUT FOR FORTUNE

"What BLUE MONEY suggests is that curiosity and desire aren’t anything to be ashamed of—they should be cultivated, and enjoyed."
—Kyle Lucia Wu, PLAYBOY

"A bracing personal narrative set against the backdrop of a simpler New York."
—The National Book Review, 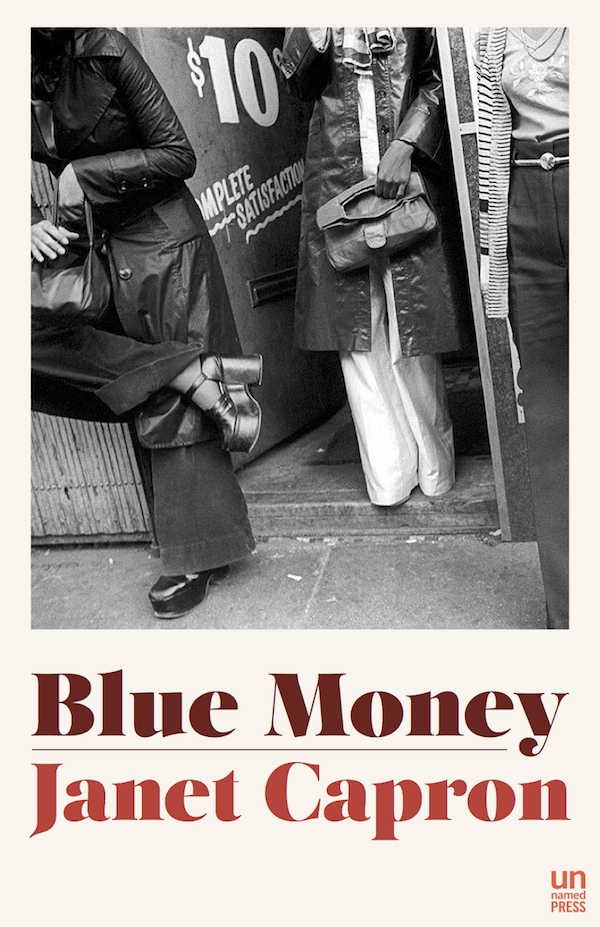 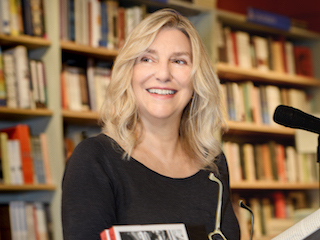 Janet Capron is a writer based in New York City.  Read more...