After Jason’s world falls apart in LA, he moves to Berkeley for a fresh start with his kid brother. Just one problem: his long-closeted Adderall addiction has exploded into an out-of-control crystal meth binge. Within weeks, Jason plunges into the sprawling ParTy n’ ’Play (PnP) subculture of the Bay Area’s gay community. It is a wildly decadent scene of drugs, group sex, and criminals, and yet it is also filled with surprising characters, people who are continually subverting Jason’s own presumptions of the stereotypical tweaker.

Soon Jason becomes a dealer on the pretense of researching this tweaker world for a project that will carry him, like a life raft, back to the shores of a normal life. But his friendly entrepreneurial spirit and trusting disposition disarm clients and rival dealers alike. The money begins to roll in as demand increases to frightening levels. Suddenly, Jason is in control of the entire crystal meth market for San Francisco’s gay community, even as he finds himself nodding off behind the wheel of his car, or walking down the sidewalk. As friends and family work frantically to steer him towards recovery, Jason resists, chasing something else: a sleepless nirvana fueled by sex, drugs, and the Tweakerworld.

With painful honesty, Jason Yamas has crafted a landmark narrative that is not just a personal account of addiction, but a portrait of a vulnerable, largely undocumented community of people who, for many reasons, have been marginalized to the point of invisibility.

"All memoirs about addiction written by those who have survived it are acts of service. Some of them are even written by real writers. The service in such instances is limned with a literary intent. This book is one of those. Reading Jason Yamas’s memoir of crystal meth addiction—and, yes, of hope, can itself be a redemptive act. But it is also in some odd, even troubling way, a pleasure which one realizes is what it feels like to be addicted."
—Kevin Sessums, Bestselling Author of 'Mississippi Sissy' and 'I Left It On The Mountain'

"TWEAKERWORLD is a profound examination of our worsening crystal meth crisis, its intersectionality with trauma and gay culture, and how one man fought to define—and love—himself amidst harrowing circumstances. At once heartbreaking and triumphant, Jason Yamas is unflinchingly brave with the lens he points at himself, addiction in its many forms, and the path to healing. From the first page to the last, I was inspired, humbled, and ever grateful for this gift of a memoir."
—Reema Zaman, Author of 'I Am Yours: A Shared Memoir'

"There are few people brave enough to tell this story—and it’s one the world needs to hear—so what Jason Yamas has done with TWEAKERWORLD is both groundbreaking and important. He traces the forces that lead a person into the world of PnP, captures the horror that lies in the wait, and the pathway out... TWEAKERWORLD is a revelation."
—Patrick Strudwick, Journalist

"A vibrant, compelling memoir about gay culture and addiction. Brutally honest and thrillingly told, TWEAKERWORLD shines a light on the dark places shame can lead us and demands we do not turn away. It is only through looking at them that we find a way out."
—Jack Parlett, Author of Fire Island and The Poetics of Cruising

"Jason is an incredibly talented author who is able to do the masterful: take a story so lived in in its specificities and somehow engineer it so that it feels universal. His is a story both painfully unique, yet one that is dripping with humanity."
—Evan Ross Katz, Writer

"TWEAKERWORLD is many things: a raw confession, a solemn reflection, and a beautifully written page-turner. This intensely candid memoir shines a light on an underrepresented queer community in crisis. With humor, tenderness, and pathos, Yamas explores the connective tissue between addiction, sexuality, trauma, family, and identity."
—Emma Koenig, Author of F*ck I’m in My Twenties and Moan: Anonymous Essays on Female Orgasm

"Some books are like doors to places so far removed from our experience that we might think they are other worlds: it may be tempting for anyone who has not experienced a crystal meth addiction to view this book this way. Yet this book insists, No, I am in your world… This is Yamas’s story of walking the line of survival and authenticity, grasping with insistent teeth at one of the core questions of queer life for those of us who grew up as the fodder for our culture’s moral panic: how can one bear so much shame and live?"
—R/B Mertz, Author of Burning Butch

"TWEAKERWORLD is a rollercoaster of a memoir: a thrilling and funny account of Yamas's takeover of the criminal underworld, as well as a heartfelt and forthright portrait of his--and his community's--struggle with addiction."
—Stephanie Feldman, Author of The Angel of Losses and Saturnalia 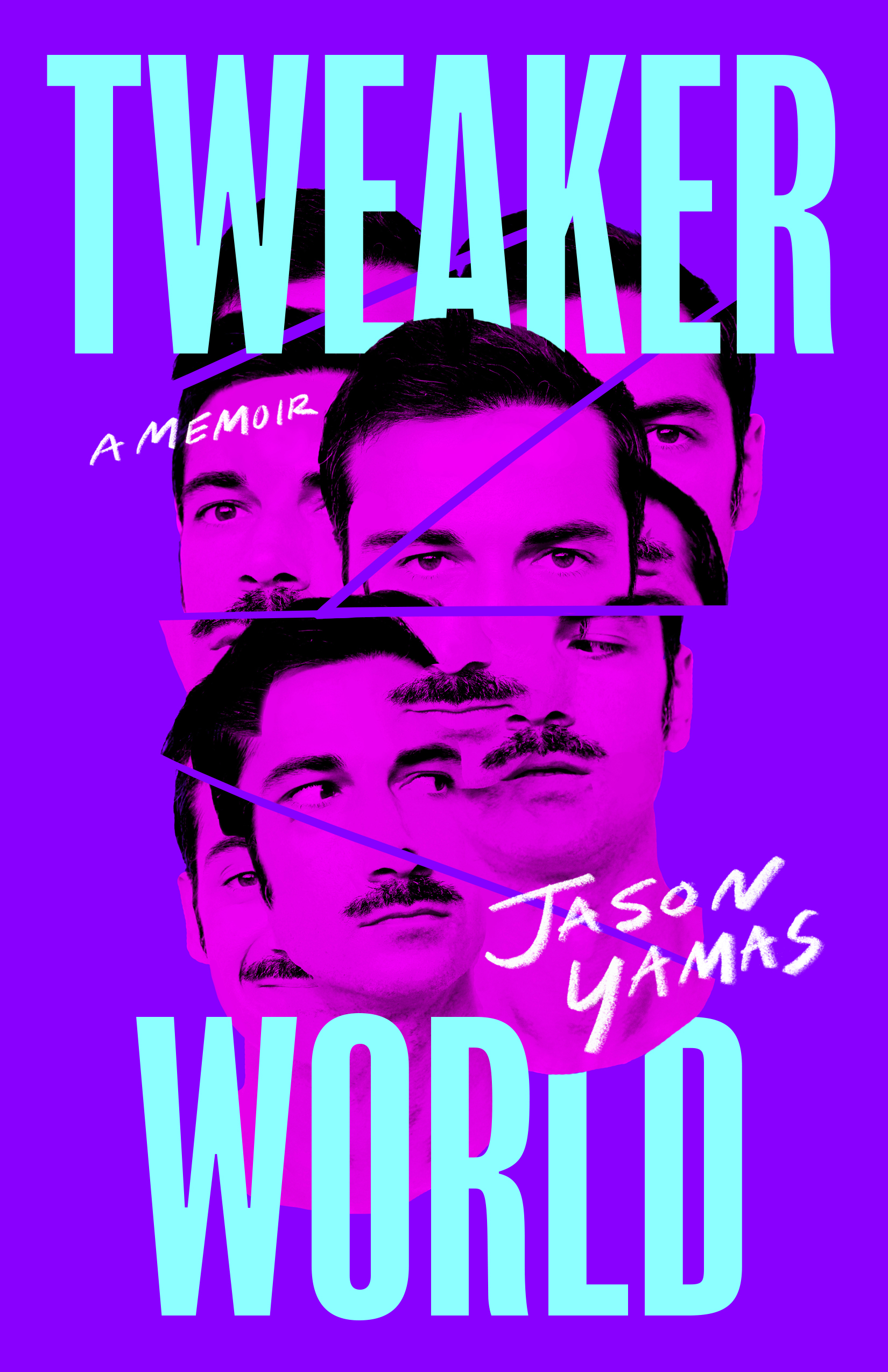 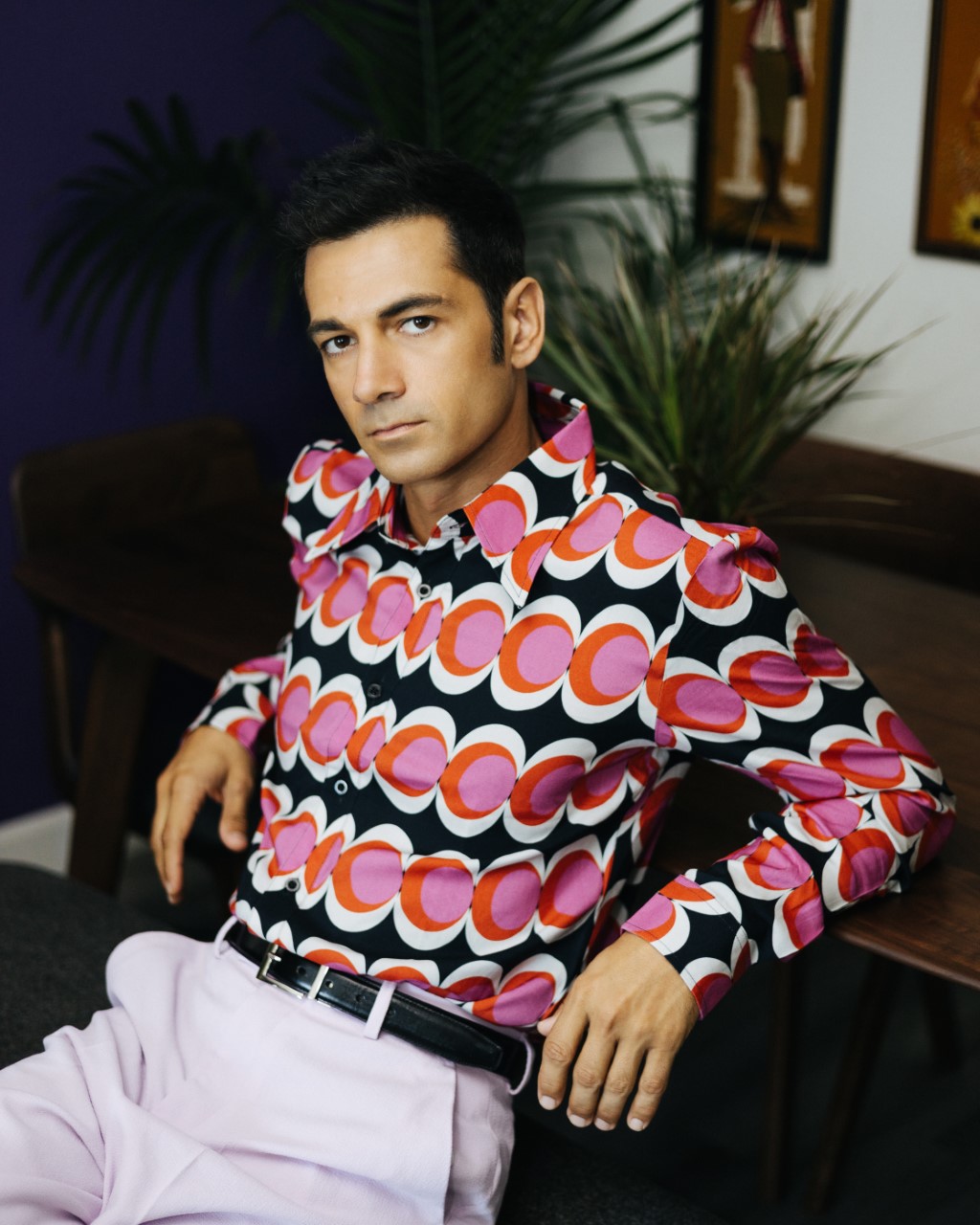 Jason Yamas is a queer writer producer, director, and actor. With the publication of Tweakerworld, he intends to shine a bright light on the worsening epidemic of crystal meth in the LGBTQ+ community. He holds a BFA from NYU, Tisch School of the Arts and is currently working on his first novel. You can find him on Instagram @jasonyamas or Twitter @jason_yamas. He lives in Los Angeles and is represented by Laura Usselman at Stuart Krichevsky Literary Agency. Read more...