“An heir of Melville, Faulkner, and McCarthy, Kloss stands unflinching before conventional history.”

Matt Bell, author of In the House upon the Dirt between the Lake and the Woods

Conquistadors arrive in the new world, slaughtering and enslaving all those in their way. Centuries later, Manifest Destiny continues to drive American expansion westward, building an early 19th century society with genocidal brutality. This is the context that frames The Revelator's protagonist: a young orphan named Joseph who escapes certain death and arrives in a new town. Reared on nights spent carousing with drunks and con men, after days spent loitering near the traveling preachers' tents, the young protagonist dreams of something more, even as he is taken in by a well-meaning merchant who loves him like a son.

He begins to preach, and abandons the merchant. Soon he takes a young wife, to the horror of her father, a butcher. They depart for the wilderness where Joseph's visions, haunted by a dark Beast - take hold of his life. Husband and wife nearly die of exposure, and upon their return, Joseph begins to build his congregation, built on the discovery of the golden plates that deliver the Almighty's message.

As his congregation grows, Joseph builds a settlement, takes multiple wives, and negotiates multiple betrayals and intrigues with his followers, his wife, and even his suspicious and distant son. Persecuted by society at large, and on the US government's watch list, Joseph takes his people further and further west to meet their destiny, and to satisfy the dark Beast that never never stops following him.

Written in the second person, author Robert Kloss's prophetic voice functions as 'revelator,' demonstrating the macabre and gruesome consequences of 'manifest destiny' and the conflicted motivations behind the creation of a religion that boasts 15 million members today.

Praise for The Revelator

"I'd be hard pressed to think of a young novelist I admire more than Robert Kloss. An heir of Melville, Faulkner, and McCarthy, Kloss stands unflinching before conventional history, rich with ambition and aesthetic daring. To read one of his books is to be thrilled anew with the possibilities of contemporary fiction."
—Matt Bell, author of IN THE HOUSE UPON THE DIRT BETWEEN THE LAKE AND THE WOODS,

"THE REVELATOR leads us through the life and times and beyond of its title character, from orphan to prodigal to itinerant preacher to prophet (and purveyor of dirty jokes), in a narrative that reads like the gospel of an alternate universe, but as awash in fury and carnage as our own."
—Eugene Marten, author of LAYMAN'S REPORT,

"THE REVELATOR is the sort of book that leads to troubled sleep and haunted dreams. Kloss channels the spirit of American brutality and cunning in this dark tale of a 19th century conman turned preacher named Joseph and his multiple wives (starting to sound familiar?) while rewriting the myths of our collective past and questioning the legends we tell about ourselves. I was sucked in from the very first page."
—Emily Ballaine, Green Apple Books on the Park

"Robert Kloss writes with the passion of a young Cormac McCarthy, fearless in both scope and the possibilities of language, and blessed with an innate ability to parse the light from any darkness. It's rare such an eagle eye emerges among Americans. He should be savored."
—Blake Butler, author of THREE HUNDRED MILLION,

"Robert Kloss is quickly building a blazing reputation as a literary perfect weapon: He is a sentence-architect like Gary Lutz, yet at the same time, he’s also able to spin intimate, oddball yarns in the vein of William Gass and Shelley Jackson. THE REVELATOR showcases these unique skills. Go all in on Kloss now before he’s buffing his Pulitzer."
—Joshua Mohr, author of ALL THIS LIFE,

"The Revelator carries traces of Carson McCullers, Flannery O'Connor, and the rattling bones of Bill Faulkner. I'm serious. I felt transported mind, body and soul to some weird liminal space where a prophet can emerge from the dirt and speed of things, from the darkness in us all brought forth by a ready-made zealot who can turn on a dime. Read it and weep--because this novel turns us inside out in the best way."
—Lidia Yuknavitch, author of THE SMALL BACKS OF CHILDREN and THE CHRONOLOGY OF WATER,

"His new novel THE REVELATOR takes as its central character a man who graduates from assorted low-level crimes to founding a religion in the mid-19th century. Here, too, are surreal visitations, violent clashes, and the rise of fanaticism–it’s a searing and often phantasmagorical work."
—Tobias Carroll, Electric Literature 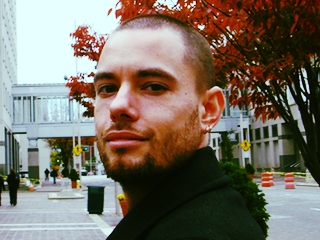