A Calm and Normal Heart: Stories

From Oklahoma to California, the heroes of A Calm & Normal Heart are modern-day adventurers—seeking out new places to call their own inside a nation to which they do not entirely belong. A member of the Osage tribe, author Chelsea T. Hicks’ stories are compelled by an overlooked diaspora happening inside America itself: that of young Native people.

In stories like “Superdrunk,” “Tsexope,” and “Wets’a,” iPhone lifestyles co-mingle with ancestral connection, strengthening relationships or pushing people apart, while generational trauma haunts individual paths. Broken partnerships and polyamorous desire signal a fraught era of modern love, even as old ways continue to influence how people assess compatibility. And in “By Alcatraz,” a Native student finds herself alone on campus over Thanksgiving break, seeking out new friendships during a national holiday she does not recognize. Leaping back in time, “A Fresh Start Ruined” inhabits the life of Florence, an Osage woman attempting to hide her origins while social climbing in midcentury Oklahoma. And in “House of RGB” a young professional settles into a new home, intent on claiming her independence after a break-up, even if her ancestors can’t seem to get out of her way.

Whether in between college semesters or jobs, on the road to tribal dances or escaping troubled homes, the characters of A Calm & Normal Heart occupy a complicated and often unreliable terrain. Chelsea T. Hicks brings sharp humor, sprawling imagination, and a profound connection to Native experience in a collection that will subvert long-held assumptions for many readers, and inspire hope along the way.

Praise for A Calm and Normal Heart: Stories

"A Calm & Normal Heart by Chelsea T. Hicks is a marvel of storytelling and unlike anything I've read before. At the intersection of tradition and technology, past and present, these vivid and absorbing Native characters fill the pages of this extraordinary debut with tenderness and humor."
—Kali Fajardo-Anstine, National Book Award finalist and author of Sabrina & Corina and Woman of Light,

"The stories in Chelsea Hicks's A Calm and Normal Heart are full of quiet truths and wry, soulful secrets. It is a book that doesn't at all feel like a debut story collection, but rather written with startling beauty and the flawless precision of a master storyteller."
—Brandon Hobson, National Book Award finalist and author of The Removed,

"Unabashedly contemporary, A Calm and Normal Heart documents and channels messy, sexy, people dealing and not dealing with the complex reverberations of our American past in a relentless now. Hicks never shies from the restlessness of racial, sexual, and cultural identity; she embraces her characters’ fragility and obstinacy with an unbound language that is as savvy as it is openhearted."
—Lucy Corin, The Swank Hotel,

"Chelsea T. Hicks’s warm, sharp, and searching debut is both a contemporary feat of decolonial poetics (which hopefully will inspire more and more works written in and translated from indigenous languages) and a closely observed, often wryly comic collection of short stories that feels as alive in-the-process-of-becoming as its singular characters: in Hicks’s deft words, its ‘everyday heartbroken players of life’."
—Elaine Castillo, America Is Not the Heart,

"A Calm and Normal Heart is a fresh and wholly original collection from a shining new star in the firmament of contemporary literature."
—Carla Crujido, Co-editor of Nonwhite and Woman: 131 Micro Essays on Being in the World,

"These stories will break your heart and make you want to dance. Chelsea T. Hicks delivers a striking debut."
—Toni Jensen, author of Carry,

"A Calm & Normal Heart is sharp, sexy, and endlessly surprising. An electric blend of playfulness and intensity in Hicks' prose ignites her characters' desires. Their stories dazzle and are to be savored. This is a gorgeous collection!"
—Deesha Philyaw, National Book Award Finalist and author of The Secret Lives of Church Ladies

"Chelsea Hicks’ deadpan dexterous wit can make you laugh and cry in the space of a heartbeat. A Calm and Normal Heart is the book I’ve been waiting for—audacious, tender, and fiercely committed."
—Louise Erdrich, Pulitzer Prize winning author of The Night Watchman

"Hicks, an enrolled citizen of the Osage Nation, debuts with a short-story collection that fearlessly both embraces and upends Native American tradition and storytelling. Young women take center stage as they navigate sex, love, and general life transitions in lands, from Oklahoma to California, that are theirs and not, where they belong and don't... Whether her characters are navigating relationships with white men and women, reconnecting with childhood friends and slipping into speaking Wazhazhe ie (the Osage language that Hicks includes throughout), or negotiating with ghosts of ancestors, Hicks beautifully renders their motivations, contradictions, joys, and struggles. This collection announces Hicks as a writer to know."
—Booklist,

"Chelsea T. Hicks writes Osages moving home, those who never left, and the webs of conflict in between. She writes our up-to-minute world. ... It's a look at what we've lost through colonization, the theft and violence of oil production, and all that we retain."
—Ruby Hansen Murray, Osage writer 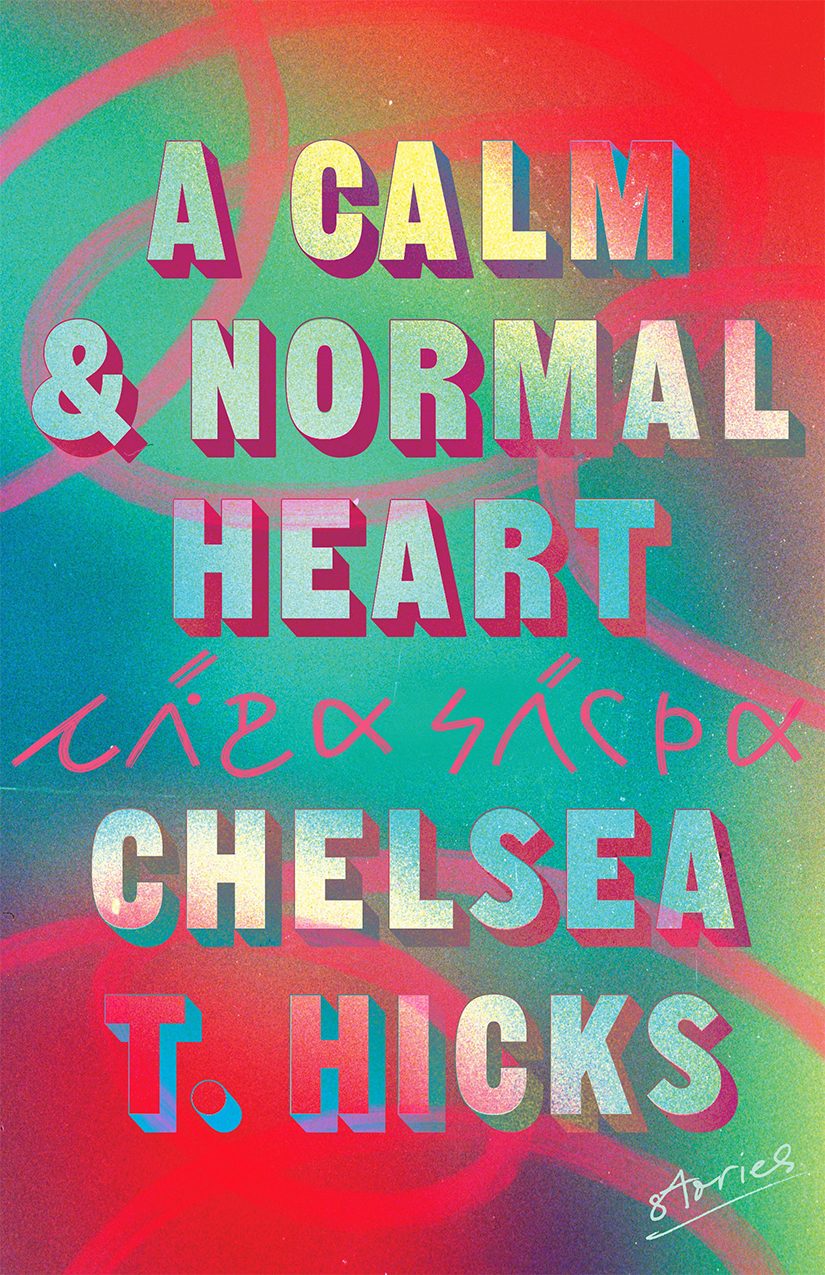 A Calm and Normal Heart: Stories

Chelsea T. Hicks’ writing has been published in the LA Review of Books, Paris Review, McSweeney’s, the Believer, The Audacity, Yellow Medicine Review, Indian Country Today and elsewhere. A Calm and Normal Heart is her first book. Read more...